The Exodus That Never Was…Or, Is It Yet to Come?

The Exodus That Never Was…Or, Is It Yet to Come?

As we move into the second half of the year, and the second wave of COVID-19, office property investors are standing by to see how the pandemic affects the office market. 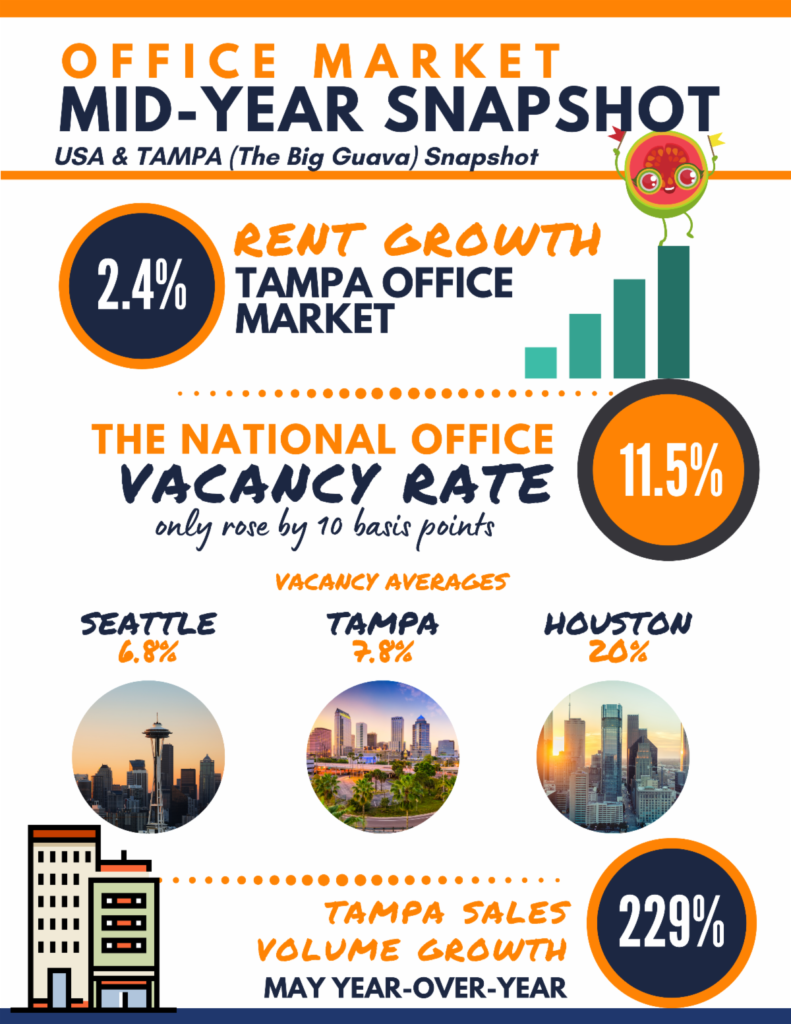 While many feared the dramatic exodus from office to remote work that took effect from one day to the next would mean the end of the office market, that scenario just isn’t playing out.

In Tampa, although the number of transactions undoubtedly slowed temporarily, we’re seeing sales volume return to at or above 2019 levels.

Meanwhile, leasing activity in the Big Guava has continued strong with an approximate rate of growth hovering in the 2.4% range, one of the healthiest nationwide.

According to a recent report by Colliers via GlobeSt.com, the national office vacancy rate rose by about 10 basis points to approximately 11.5%. Yet, vacancy rates for the past 21 consecutive quarters remain below the national average of 10.3% for the period.

The biggest impact from COVID was not to existing rental rates and vacancy but to absorption.

According to JLL’s Office Outlook Q2 2020 report, there were three key trends: